The MacBook Pro 13-inch has been a staple in Apple’s laptop lineup for years. The M1 chip is the latest processor from Apple, and it’s designed to be powerful enough to handle any task that you throw at it. This guide will take you through everything you need to know about this machine before deciding on whether or not it is right for your needs. 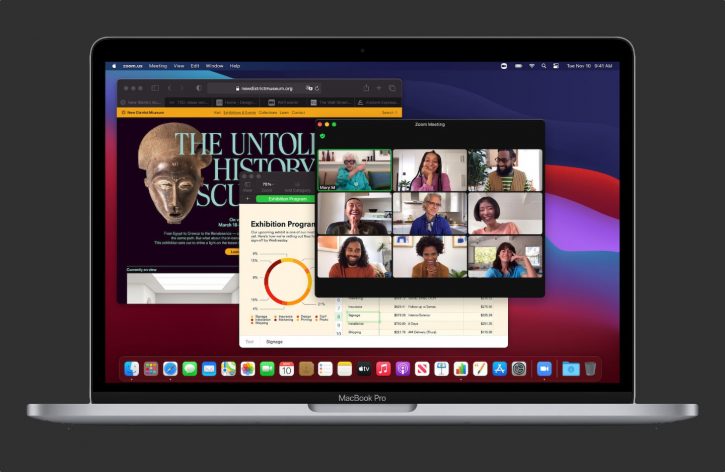 Get ready for a whole new level of power. The first Mac exclusive processor ever created; it’s an innovative way forward that will usher in a fresh era for both creative professionals and everyday users alike. 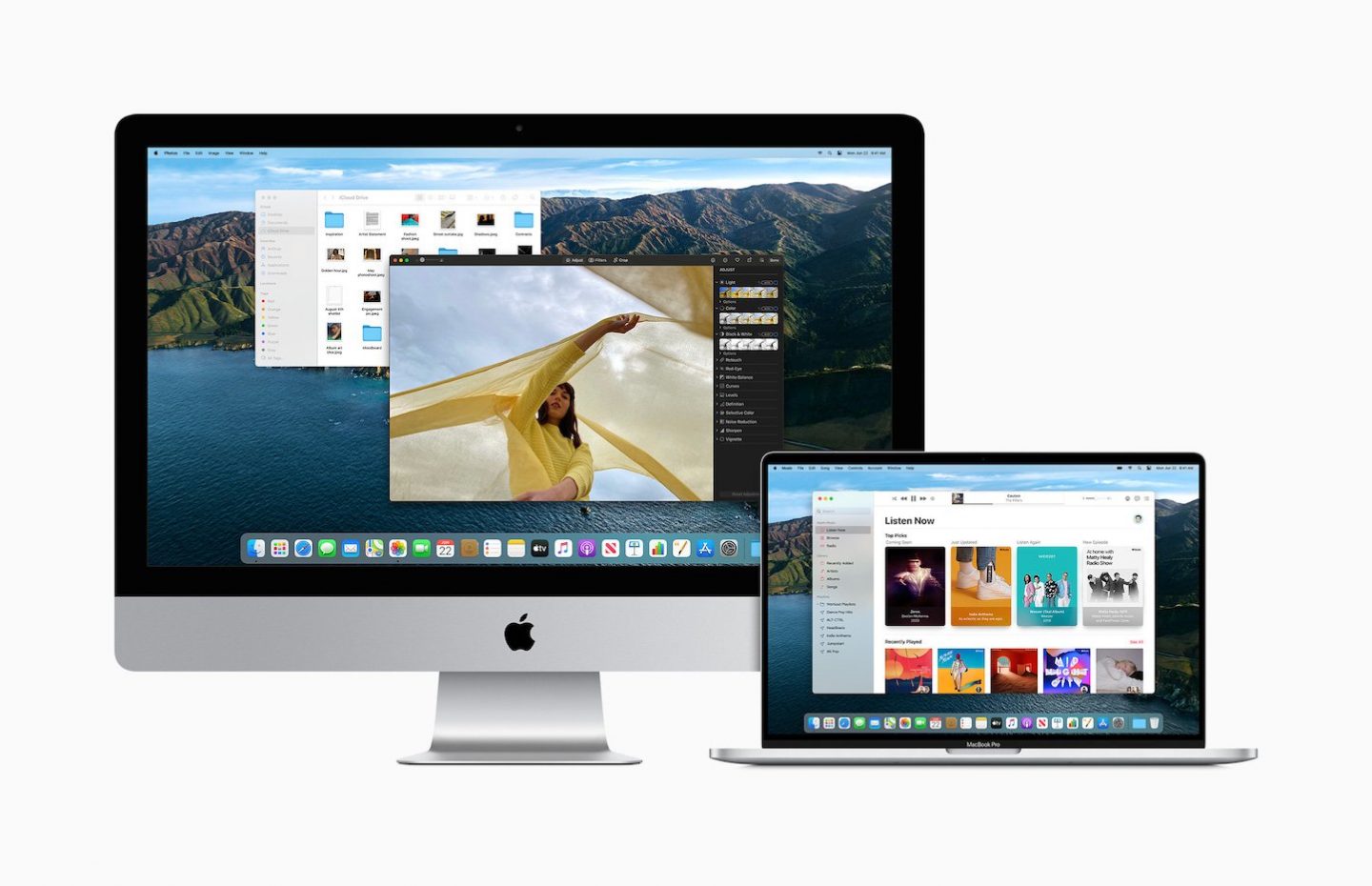 The M1 MacBook Pro goes through the same design that Apple has been using for years now with a uniform rectangular shape, aluminum body, and slim bezels around the display. The models come in silver or space gray color. It is 14.9mm thick, weighing 3 pounds, making it 0.2 lbs heavier than a Macbook Air.

The M1 MBP features a 13-inch Retina display with 2560×1600 resolution and 500 nits brightness. The screen can also support vivid colors that are easy on your eyes thanks to its True Tone technology, which matches the ambient lighting’s color temperature to the ambient lighting providing a more natural viewing experience.

The True Tone feature uses a multi-channel ambient light sensor included in the new MacBook models, which can determine your room’s brightness and what temperature it is. After detecting this information, your Mac automatically adjusts to match color and intensity for an even more natural view that cuts down on eyestrain without compromising performance.

The M1 MacBooks feature a new Magic Keyboard with an improved scissor mechanism that is more reliable than the previous butterfly mechanisms. The keyboard offers up to 1mm key travel, providing stable typing and comfortable use, thanks to its minimalist design. The Touch Bar at the top has touch-based controls and a Touch ID fingerprint sensor that can be used to unlocking your Mac or make purchases via Apple Pay – all of it protected by Secure Enclave encryption.

The MacBook Pro has a Force Touch trackpad that is revolutionary in its design. Instead of physical buttons, the user can press anywhere on the pad to get an equal response. The Taptic Engine powered by magnets provides tactile feedback when using the trackpad. It allows for light clicks and deeper presses or “force clicking” as different gestures, which does things like offer up definitions for highlighted words, so you don’t have to look them up yourself! The innovative system is sure to take your Mac experience into an entirely new dimension!

Apple’s M1 MacBooks have a 720p FaceTime HD camera, which is the same as in the previous model. This M1 chip drastically improves picture quality with better noise reduction and other features that help it take more precise pictures than ever before! 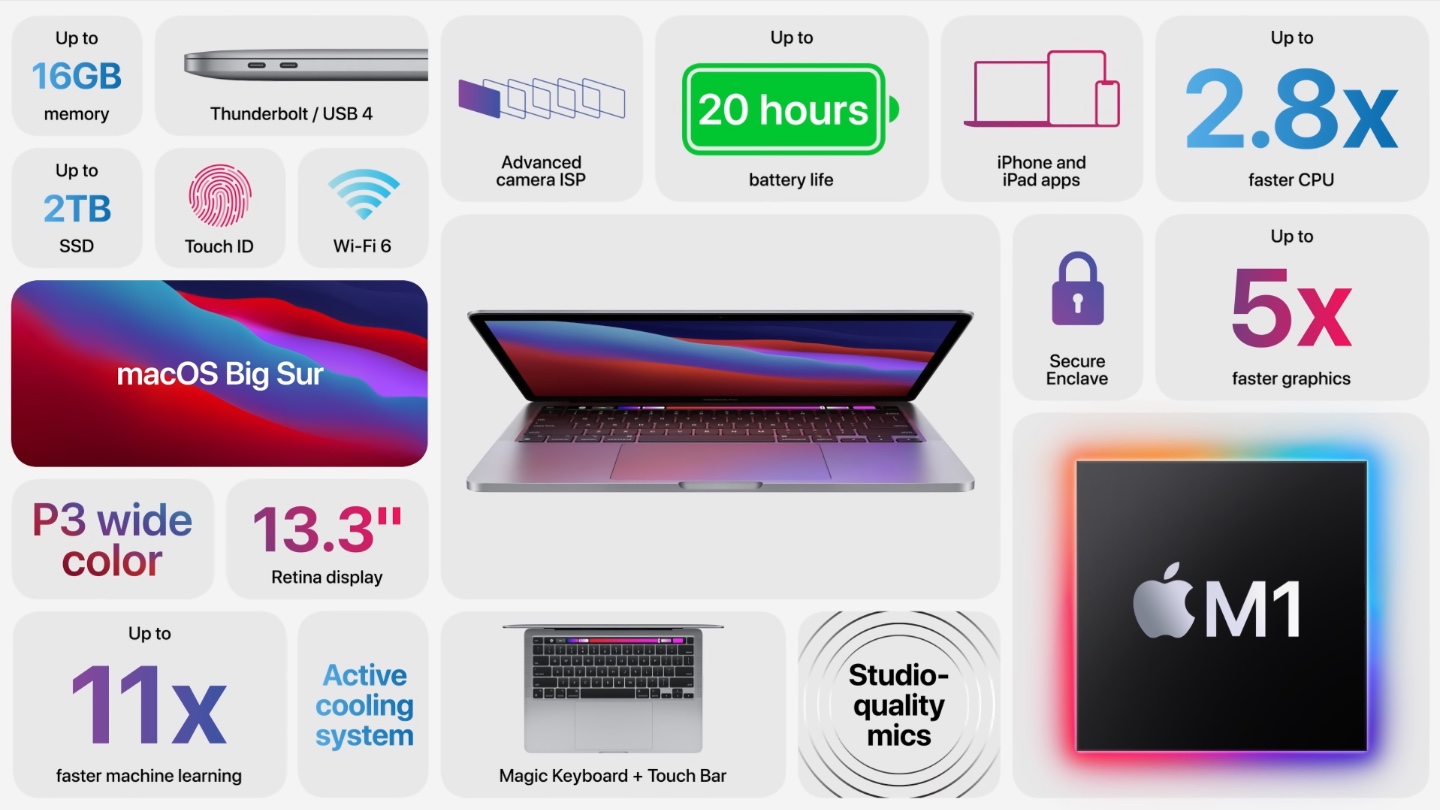 A lot of people have been wondering how the new MacBook Pro stacks up against its competition. I’ve reviewed laptops for a long time now, and in my experience, it can be difficult to gauge performance improvements outside of benchmarks. For example, this year, we saw an overall 10-15% improvement across all Macs from last year, which isn’t obvious until you put them side by side or run some tests on your own computer.

The MacBook Pro M1 has a crisp snap to everything, from loading apps and windows with ease. It’s even more noticeable when you scroll through webpages in Safari—with faster load times and smoother scrolling! During Apple’s “One More Thing” event last year, it was demonstrated that the laptop would wake up instantly after closing your lid or putting it to sleep. I didn’t think it would ever be possible until the MacBook Pro m1– there are only about two seconds of lag now instead of minutes.

The key to all these performance increases is using software optimized for the SoC. The Apple M1 laptop has been designed with its unique hardware, and it needs apps that are tailored just for it, so before you buy an M1 laptop, make sure your primary applications work on both Intel or Apple silicon. If they do, then this state-of-the-art device might be perfect for you!

The M1 system on a chip helps to bring all of the most critical components (such as CPU, RAM, and controllers) into one chip. The advantages are numerous – it’s faster, more power-efficient than its predecessors – but there is also some compromise: for example, you can’t upgrade your memory!

8-core CPU in M1 is the highest-performing CPU Apple has ever built. It connects four performance cores and four efficiency cores to deliver the world’s best CPU performance per watt for single-threaded and multithreaded tasks. This results in a quantum leap in performance — all of these performance gains also use less power.

The performance cores are the world’s fastest CPU core for low-power silicon — and M1 has four of them, uniting their efforts for a massive boost in performance.

The four efficiency cores produce an outstanding performance for daily tasks using just 10% of the power. The efficiency cores are ideal for running lightweight tasks, allowing the performance cores to undertake the most demanding workloads. The M1 chip is leading the pack for the energy-efficient PC, but at the same time, it’s breaking records in performance.

The 8-core GPU is 6x more quickly than the last MacBook Pro, allowing tor projects such as complex 3D rendering. The MacBook Pro M1 is five times faster in a Windows comparison. The GPU in the M1 chip brings the world’s fastest integrated graphics in a personal computer comparable to the MacBook Pro M1.

One of the many features of the MacBook Pro M1 is the unified memory architecture that unifies high-bandwidth, low-latency memory into a single pool, minimizing the copying between multiple memory pools for dramatic performance improvement beyond the complete system. The MacBook Pro M1 supports up to 16GB of unified memory, with the base model shipping with 8GB.

The M1 MacBook Pro is restricted to one display up to 6K resolution, but utilizing DisplayPort adapters, the MacBook Pro M1 can run up to five displays. This is only achievable when using a mix of 4K and 1080p displays as the Thunderbolt ports can’t run five 4K displays. 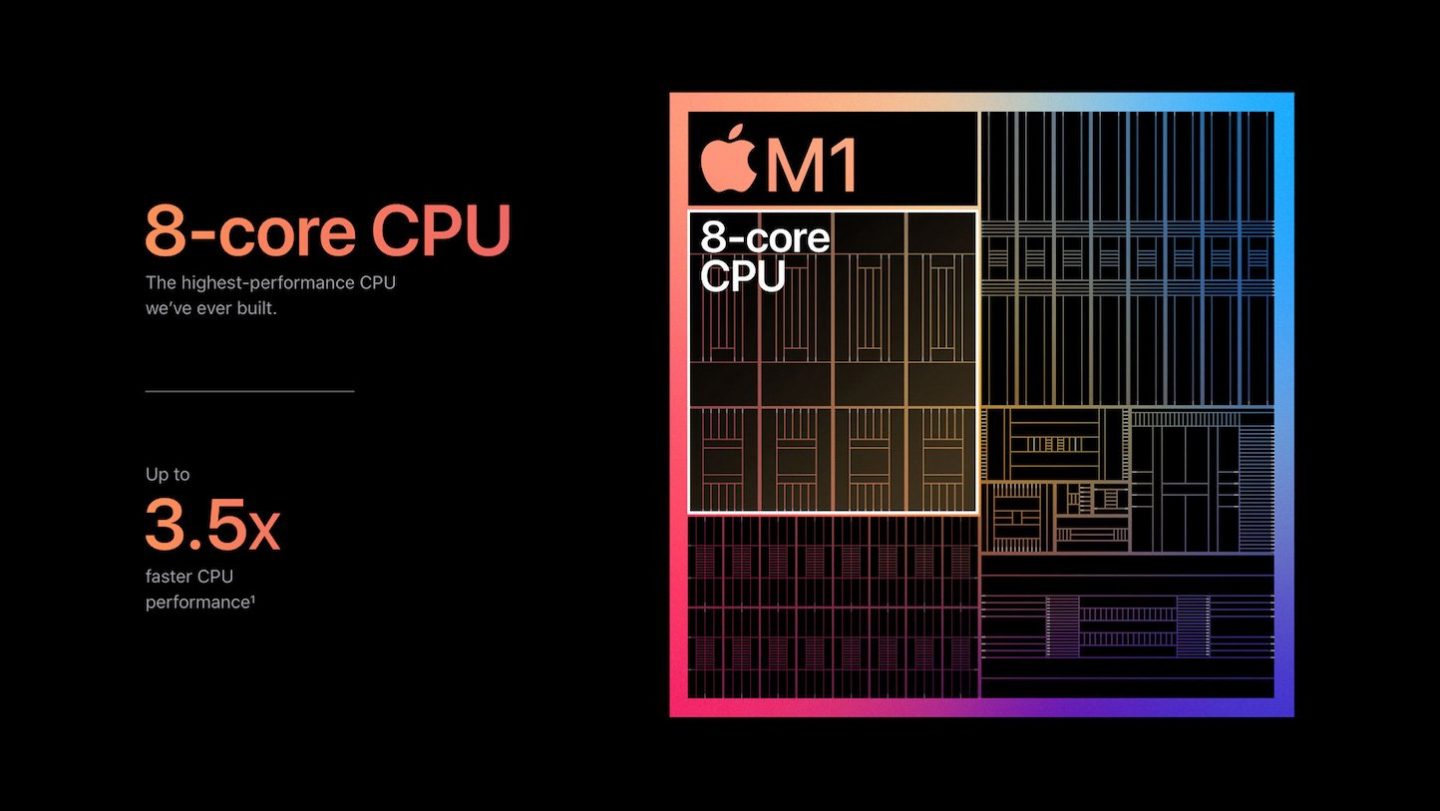 If you have been thinking about buying an Apple computer but don’t look to spend more than $1600+, then the MacBook Pro M1 would be a perfect choice. The latest MacBook Pro features Apple’s new M1 chip that delivers up to 2.8x faster CPU performance, and up to 5x faster graphics, So you can work, create, and play on MacBook Pro M1 faster than ever compared to the Intel-based MacBook Pro M1.

With a regular price starting at $1,299 for the MacBook Pro M1 with 8GB RAM and 256GB of Superfast SSD storage, the $100 deal at Amazon and Best Buy remain one of the most affordable ways to land your hands on the fastest entry-level MacBook Pro.

This MacBook Pro on sale is available in Silver and Space Gray.

This MacBook Pro on sale is available in Silver and Space Gray.

How to Clear Cache on iPad In a digital world, cached data ensures that your devices will always be as fast and efficient. Cached data is the files or images saved in device memory. This helps make things go faster by not having every app have to request the same data. Yet, overzealous apps often fill up the iPads cache to the point where it can slow down...
Continue Reading

How to Scan a Document on your iPhone  You may not know it, but your iPhone and iPad have a hidden scanner embedded in the note app, allowing you to scan and send documents without needing to find a third-party app. Some of these apps have some valuable features, but if you want to scan and send a document, or sign a form using just your iPhone or iPad,...
Continue Reading

Reset SMC MacBook Pro If your MacBook starts acting up, you should probably run through some standard troubleshooting procedures. Some of these include restarting it and running Disk Utility as well as doing a Safe Boot. You can also try zapping the NVRAM if none of those work to eliminate otherwise inscrutable problems in this case! In this article, we...
Continue Reading

How to Share WIFI password from iPhone to Mac Using the shared Wi-Fi password function will make joining a Wi-Fi network much simpler for Mac users trying to connect to a friend's, a family member's, or a business wireless network. This is helpful for various reasons, including speeding up connecting to a Wi-Fi network. It also makes it possible to obtain a Wi-Fi...
Continue Reading

How to Right-Click on a Mac The Mac is a beautiful, powerful machine with an elegant desktop interface. But if you recently made the switch and are baffled by how to right-click on Mac, here's what you need to know: several different ways work just as well—or better! And Apple mice or trackpads have never had this secondary button, so it always feels new...
Continue Reading

In this article, we will cover how to refresh browser on Mac, why you might want to do a browser refresh and a few more cool tricks along the way. Mac users who have switched from Windows might be wondering what the equivalent refresh button is when they are using a Mac. When Windows want to clear the browser cache, they use the refresh button F5. Mac users...
Continue Reading

One of the best ways to get more work done is by staying on top of your tasks and projects. Frequently, it can be difficult for people who are constantly switching between apps back and forth. The solution? Split Screen! In this article, we will go over how to split screen on Mac! How to Split Screen on Mac Split View allows you to fill your Mac screen with...
Continue Reading 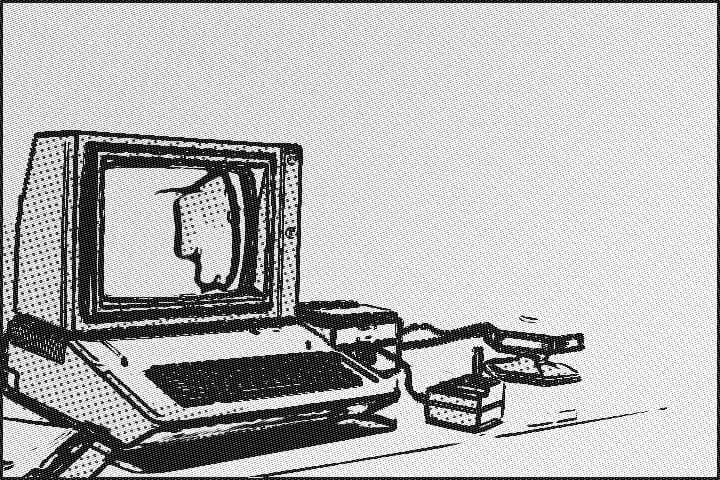 Here at Mac Adviser, our team is always looking for the best Apple deals so you don't have to. We track prices and discounts across all retailers, including Apple's official store to find the lowest price possible on all of Apple's products. That way, no matter your...

Apple AirTags are item trackers that can be attached to objects like backpacks or keychains. They use the Find My ecosystem, a part of iCloud and iOS devices' location-tracking features, to ping nearby Apple devices if they're in the lost mode so users can find them... 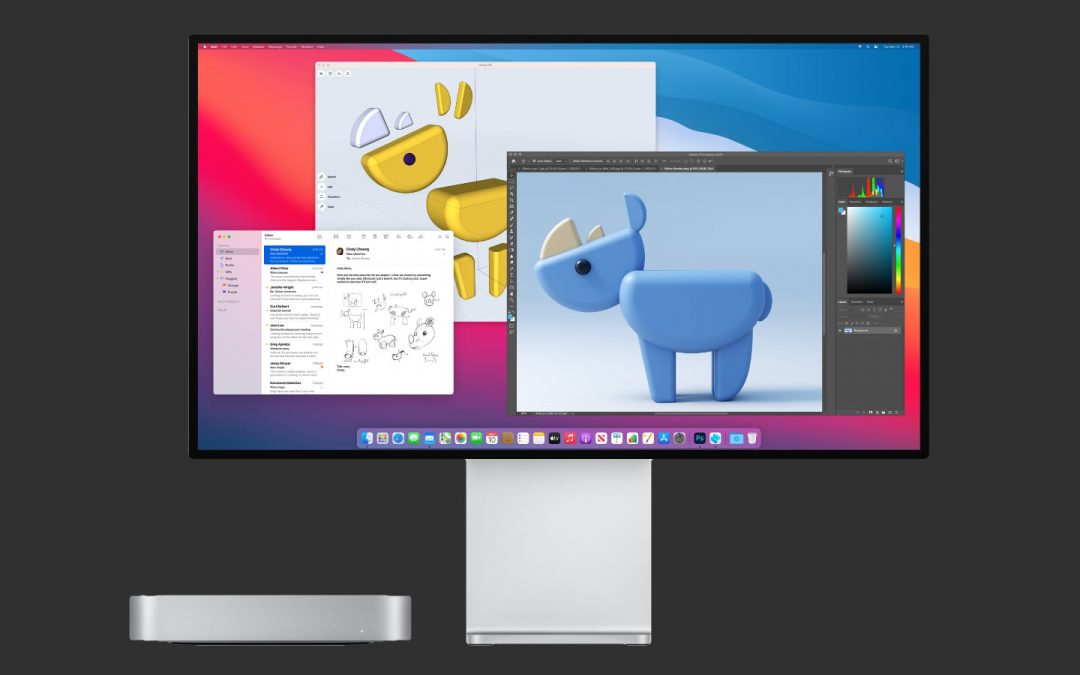 The Mac mini M1 just got better than ever and could be the best Mac Mini ever released. The Mac mini M1 is a versatile powerhouse capable of any task at hand with the new M1 chip. The Apple M1 chip takes Apple’s most talented, do-it-all desktop into another...