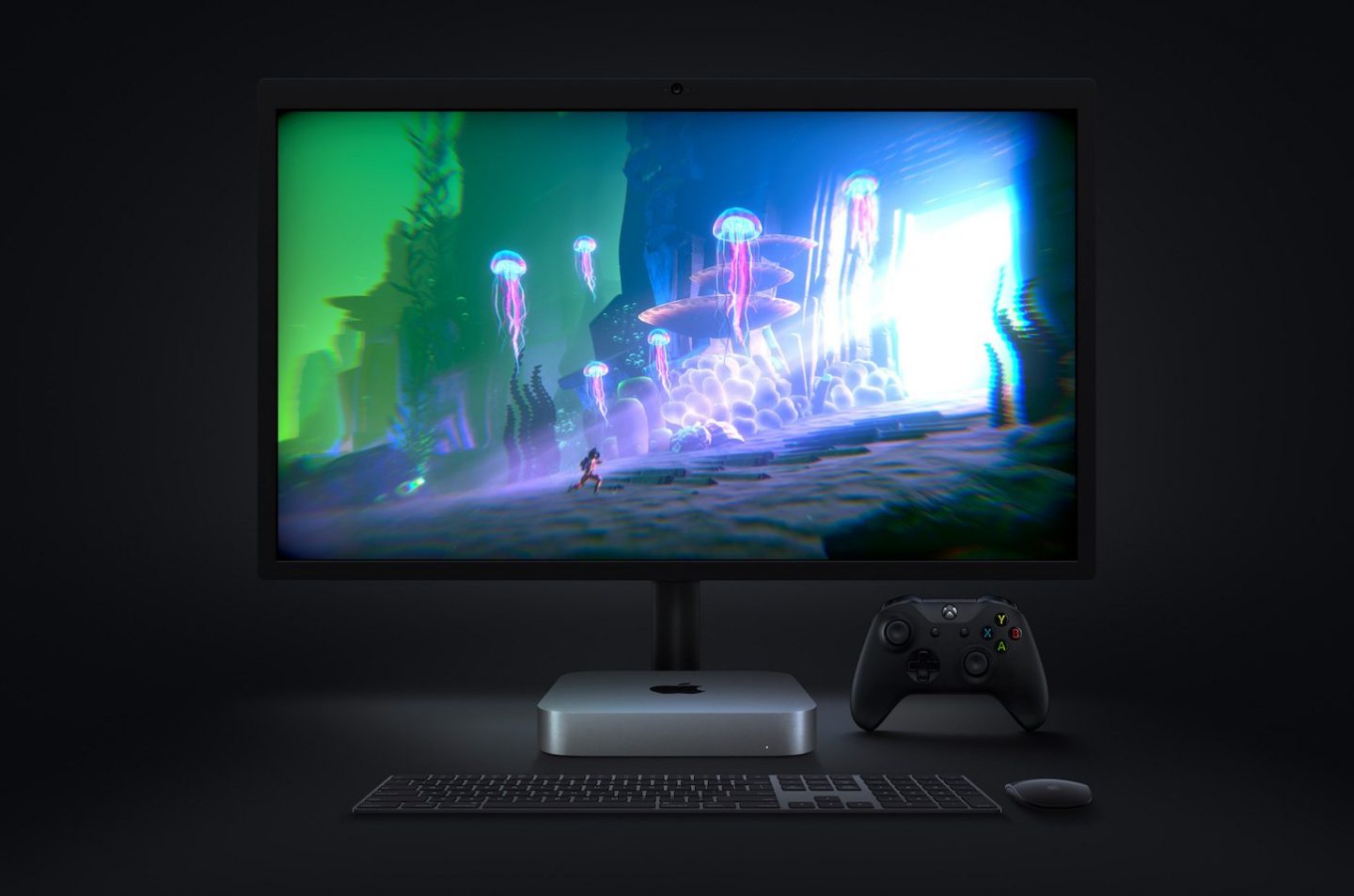 The Mac mini M1 just got better than ever and could be the best Mac Mini ever released. The Mac mini M1 is a versatile powerhouse capable of any task at hand with the new M1 chip. The Apple M1 chip takes Apple's most talented, do-it-all desktop into another dimension.

With up to 3x faster CPU performance. Up to 6x faster graphics. And Apple's most advanced Neural Engine for up to 15x faster machine learning. Get ready to work, play, and create on the Mac mini with speed and power beyond anything you ever imagined. It's here. Apple's first chip was explicitly designed for Mac.

Before now, Macs have employed many chips for CPU, security, and I/O, but Apple's work to integrate these chips has been the factory why the M1 chip is so much faster and efficient than the Intel-based Macs. Apple has been utilizing Intel chips for Mac computers since 2006.

The new processor is a 3.2 GHz chip with 16 billion transistors on its silicon that comes equipped with a variety of features like unified memory, a storage controller, and the integrated security enclave to make your browsing experience faster and more secure. The M1 in the Mac mini has an 8-core CPU with four high-efficiency cores, four high-performance cores, and an integrated GPU with 8-cores.

Have you ever wanted to have access to a powerful workstation with the convenience of sitting at your desk? Well, look no further! Mac mini is here for your needs. You also connect up to two displays so you can multitask like never before. The GPU performance of the M1 chip lets you enjoy graphics-intensive games with fluid frame rates and high fidelity. Simultaneously, its bright display will allow anyone who's into design or photography to do their job more effortless than ever imagined. Unbelievable graphics performance in Final Cut Pro renders a timeline up to 6x faster. Affinity Photo is capable of editing photos up to 4x faster. Games are blazing fast with supersmooth frame rates and higher fidelity. One of the many features of the M1 is the unified memory architecture that unifies high-bandwidth, low-latency memory into a single pool, minimizing the copying between multiple memory pools for dramatic performance improvement beyond the complete system. The Mac mini M1 supports up to 16GB of unified memory, with the base model shipping with 8GB.

Apple has equipped the Mac mini M1 with multiple ports, enabling several peripherals to be used at once. The M1 Mac mini M1 has a total of two Thunderbolt 3/USB-C 4 ports at the rear of the device, which can support USB-C accessories and displays, along with an HDMI 2.0 port, a Gigabit Ethernet port, two USB-A ports and, a 3.5mm headphone jack. The M1 Mac Mini comes with Wi-Fi 6 and Bluetooth 5.0. The M1 Mac mini M1 is the first to introduce Wi-Fi 6, though, unlike the Intel model, there's no opportunity for getting it with a 10Gbps Ethernet port. This new chip and configuration offer some improvements over previous models, with Thunderbolt 3 ports capable of handling up to 6K resolution – perfect for 4K video editing or displaying content on a 6k monitor.

There have been minor design changes to the Mac mini M1, and it remains to feature the flat, compacted, square-shaped 1.4-inch high, 7.7-inch wide aluminum enclosure. The M1 Mac mini M1 is available in Silver.

Apple says the M1 Mac mini's superior thermal design sustains performance while the machine remains cool and quiet. It is configurable with up to 16GB RAM and is upgradable to 2TB storage space. The M1 chip replaces the Intel chips in the Macbook Air, Macbook Pro, and Mac Mini. This translates to one of the best Mac minis to ever be released.

Apple has only replaced its very bottom-end machines with Apple Silicon variants, but we should see the higher-end devices updated next year.

If you have been thinking about buying an Apple computer but don’t look to spend more than $1000, then the Mac mini would be a perfect choice. The latest Mac mini features Apple’s new M1 chip that delivers up to 3x faster CPU performance and up to 6x faster graphic, So you can work, create, and play on Mac mini faster than ever before.

There are two Mac mini M1 models available from Apple.

Check Out The Other Apple M1 Deals!

Give it a shot, and let us know if you take advantage of any of these deals!!  Drop your feedback and comments below

[lwptoc] So you think creating a video recording of your Mac's screen intimidates the heck out of you? Well, don't worry! Apple already has all the tools in place to screen record on Mac with audio. And it couldn't be easier to use--if you know how to take a screenshot on your Mac, then...

Apple has opened up the WWDC 2021 Swift Student Challenge, with students capable of acquiring prizes for creating a Swift Playgrounds experience. Winners will win WWDC 2021 gear, a customized pin set, and membership in the Apple Developer Program for one year. The annual challenge, held beside the...

Don't miss out on these prices! These are the best AirPods Pro deals we have seen in months! The headphone deals that are available from various retailers cover different brands, designs, and budget ranges. However, if you’re on the hunt for premium wireless earbuds- which were popularized by...