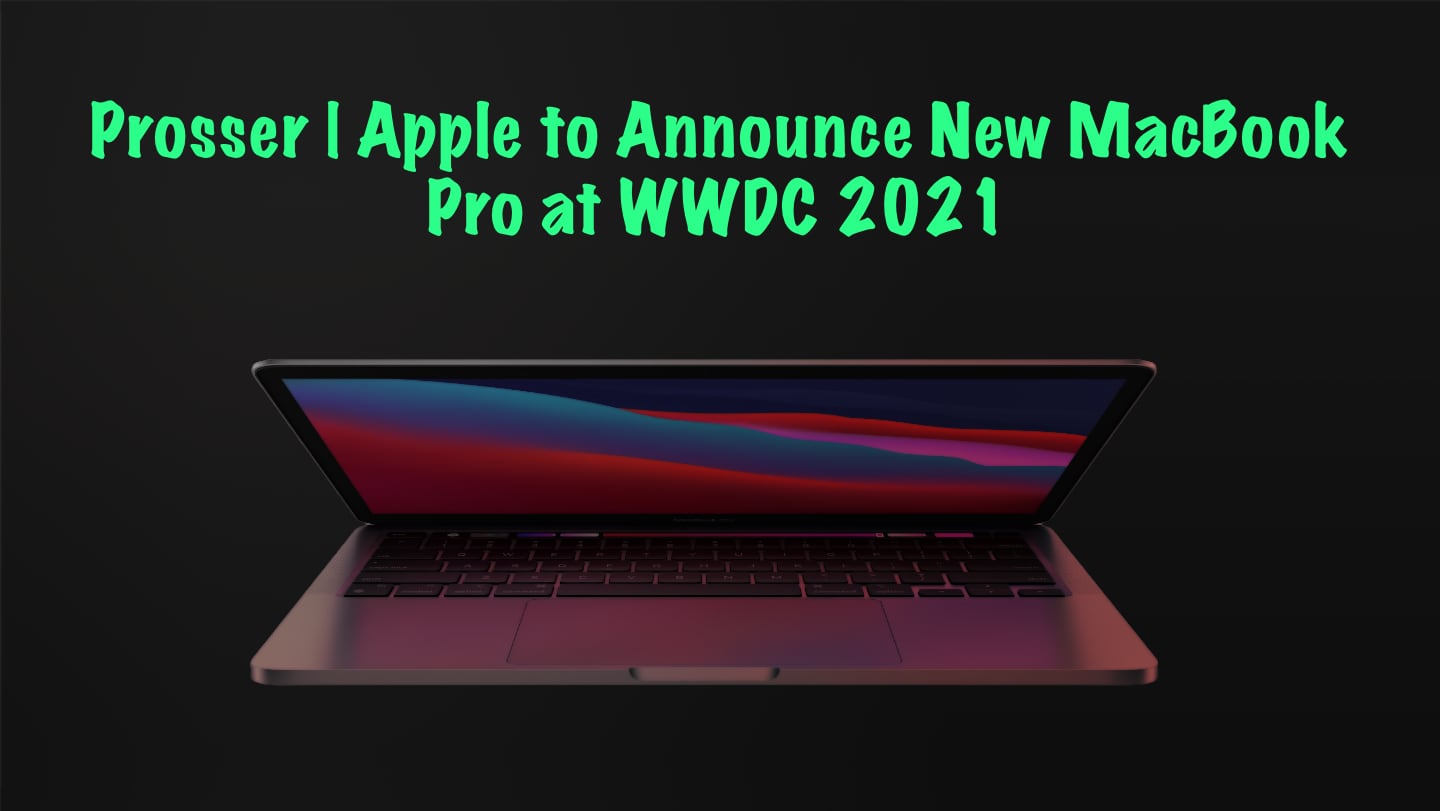 Apple has just announced the WWDC 2021 schedule, and it will be a busy one. The company starts things off with an exciting keynote on June 7.

Jon Prosser tweet stated that new MacBook Pros are coming at WWDC 2021. This leak has everyone talking about what they'll see at this conference.

i can confirm macbook pro is coming https://t.co/p2Hzh5TVSm

Apple's 2021 MacBook Pro update is expected to deliver an innovative design, Apple Silicon inside, and a mini-LED display. It is rumored that the “MacBook Pro” logo under the display will be removed, all while the HDMI and MagSafe will return.

The new design is said to be flatter, similar to the iPad Pro, and will reportedly come in two different sizes: a 14-inch display and a 16-inch.

There have been talks that the upcoming high-end MacBook Pro will feature a new Apple Silicon chip that will offer eight high-performance cores and two high-efficiency cores, available in either 16 or 32 graphics core variations.

The report from Bloomberg last week also stated Apple plans an update to the low-end 13-inch MacBook Pro to use the successor to the M1. This new processor will reportedly include the equivalent amount of computing cores as the M1 but run faster. It's unknown if the entry-level MacBook Pro will be announced at WWDC 2021.

An Apple keynote will set off the WWDC 2021 on Monday, June 7 at 10 a.m. PT/1 p.m. ET. WWDC 2021 will be entirely virtual this year. Thus the keynote is going to be streamed directly from Apple Park.

Drop your comments below!

This MacBook Pro M1 discount is the lowest-ever price on this model of the M1 MacBook Pro, and the silver version is ready to ship. $149 Off Orginal Price!

Take these steps to speed up your Mac! If you haven’t updated your Mac for some time, you’re likely missing out on some essential updates.