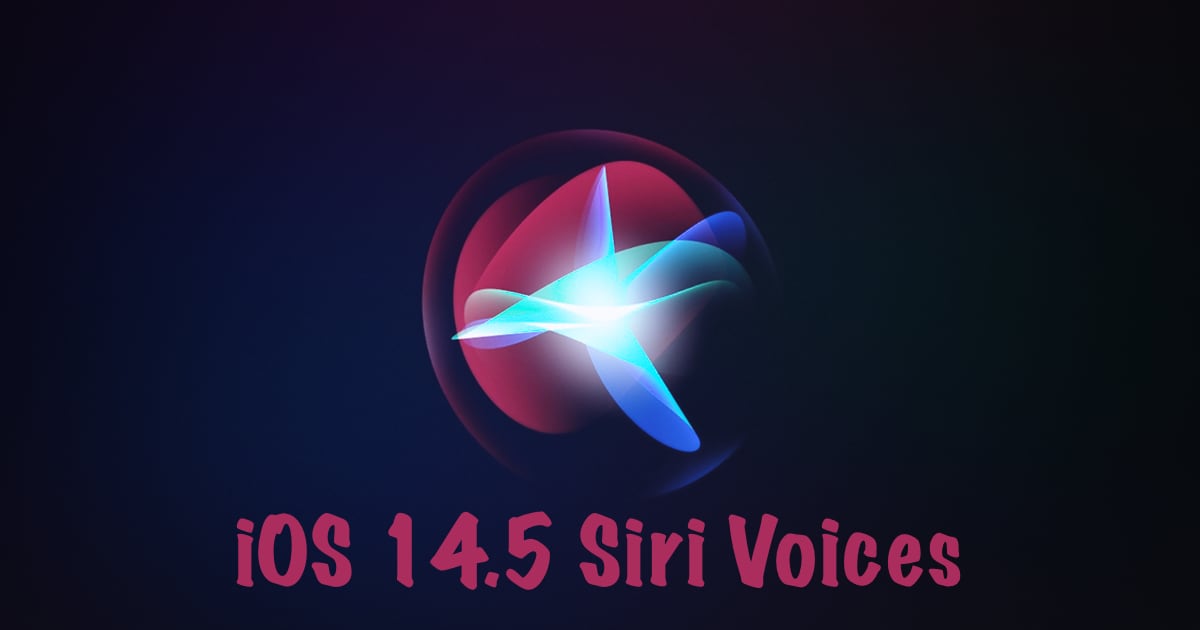 In iOS 14.5, Apple introduced two new Siri voices in English and added a setup selection option that lets new users choose their preferred ‌‌Siri‌‌ voice rather than defaulting to a female voice in the United States.

The new voices, which Apple says, add more diversity in speech, and the voices flow more organically through phrases generated on the fly. If you've updated your iPhone or iPad to iOS 14.5 andiPadOS 14.5, you can change the ‌Siri‌ voice after setup to decide which one you prefer. Take the following steps to change Siri's voice: How to Change Siri's Voice on Mac The number of Voice options available depends on the Variety that you choose. For example, American offers the most with four voices, whereas the Australian, British, Iris, Indian, and South African only offer two.

With iOS 14.5 beta 6 there are improvements to the Siri voices in Ireland, Russia, and Italy, improving them to neural text to speech. This means that 38 voices are now utilizing this new technology. Siri now handles 25 billion requests on over 500M devices and supports 21 languages in 36 countries.

Apple is reportedly developing improvements for iOS and iPadOs 15 home screens as part of the next major operating system. The changes will include widgets on iOS and new UI updates to iPhone lock screens and iPad's home screens. Apple’s new iPad Pro packs a powerful punch that is sure to please...

[lwptoc] How to Split Screen on iPad Pro The iPad is a tablet that can do so much more than be a device to watch Netflix. Apple's latest update has given the iconic tech an upgrade in functionality by introducing multitasking features such as Split View and Slide Over, which allow you to...

Switch Google for another search Engine for Safari

Switch google for another search engine for Safari, Apple makes changes to your ability to use another web browser. Follow the steps below.