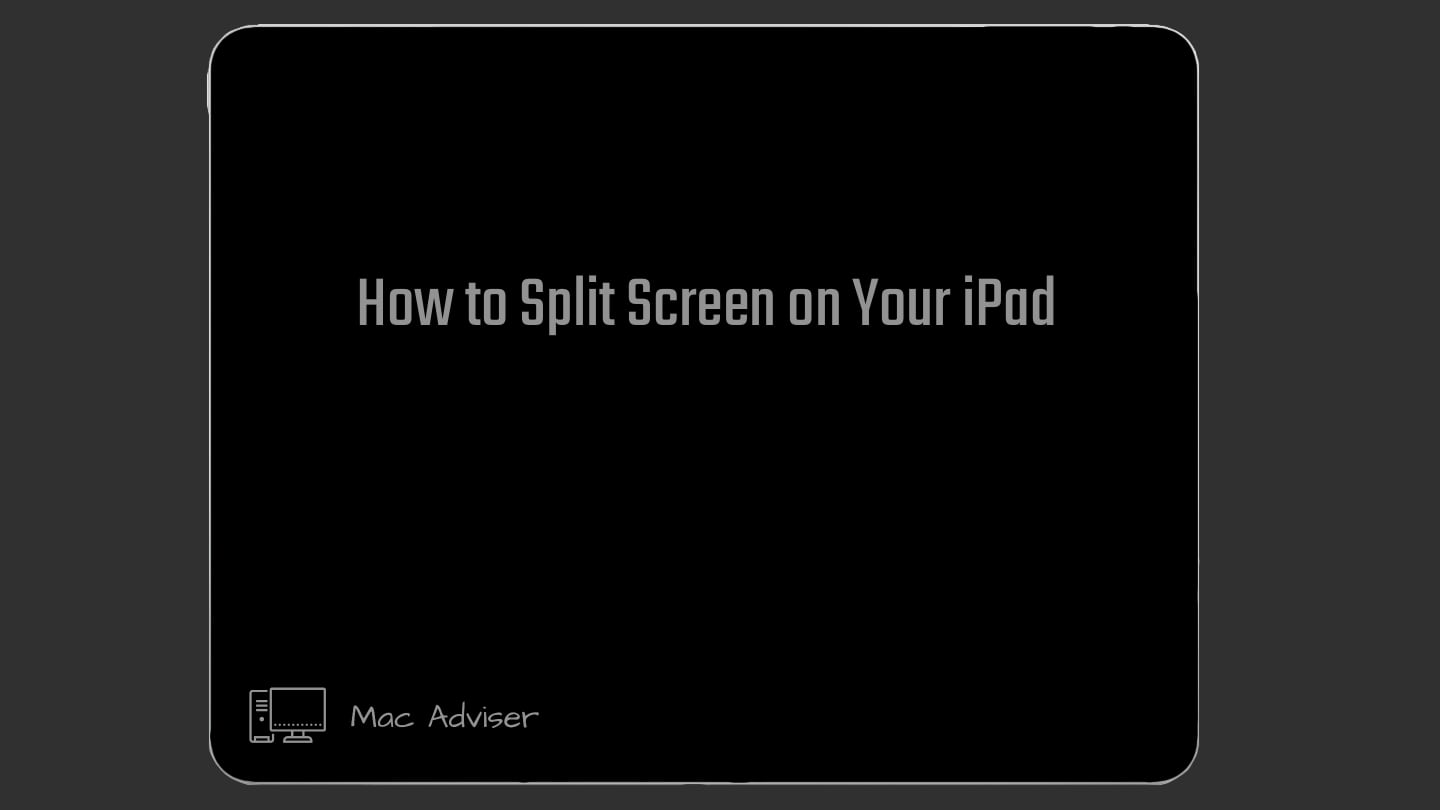 How to Split Screen on iPad Pro

The iPad is a tablet that can do so much more than be a device to watch Netflix. Apple's latest update has given the iconic tech an upgrade in functionality by introducing multitasking features such as Split View and Slide Over, which allow you to transition back-and-forth between tasks with ease easily!

It is important to note that not every app supports all these features. Before you can use these features, confirm that the options for multiple apps and gestures are enabled on your iPad

How to Enable Multitask on iPad How to Split View on iPad

1. Open the first app you would like to view in Split View

2. Swipe up from the bottom edge until the Dock appears

3. Once the Dock appears, press and hold the app's icon

4. Once the Dock appears, press and hold an app in the Dock. Next, drag the app to the right or left side of the screen, and lift your finger To adjust the size of each window, press your finger on that vertical gray line and move it to the left or right as desired.

To replace an app in Split View with another, simply repeat the previous steps but drag your new app to the center of the app you would like to replace. How to Close Split View on iPad

To close Split View, press your finger on that vertical gray line and move it to the side of the app you would like to close-and keep pushing it until the app vanishes!

How to Use Slide Over on iPad

Slide Over is a clever new way to utilize your screen. It works by letting you open an app that floats on the right or left of your screen.

2. Swipe up from the bottom edge until the Dock appears

3. Once the Dock appears, press and hold an app in the Dock. Next, drag the app to just hardly to the side of the screen, and lift your finger. Don't go too far to the left or right, as it will put you in Split View mode. To move your Slide Over window to the side you want, place your finger on top of its thin gray line and pull it to where ever you'd like!

How to Multitask with Three Apps on iPad

You can multitask with three apps at once by opening two in Split View and the third one as a Slide Over. This is especially useful for music applications because they don't need to be on screen all of the time, but you still want to keep them open while using other apps.

You can multitask with three apps by opening two apps at once with Split View, and you can now drag a new app over the thin gray line in the middle of your screen for a third app in Slide Over. Now, you know how to split scren on iPad!

If you found this article helpful, you might also find these Mac Advisers articles useful as well.

If you have any helpful tips or iPad tricks, please drop a comment below!

The Apple M2 Chip entered mass production this month, claims a new report from Nikkei Asia. They will take at least three months to produce and could start shipping as early as July in time for incorporation into Apple's newest line of laptops.  TSMC made Apple's custom silicon introduced last...

3 Easy Steps How to Add Calendar Events with HomePod

[lwptoc] How to Add Calendar Events with HomePod  A voice assistant controls nearly all the available intelligent speakers today, and the HomePod is no different. After all, it's Siri that makes the HomePod "intelligent." No different than other Apple devices, HomePod utilizes Siri as the built-in...

[lwptoc] Apple today unveiled the all-new 24-inch iMac M1 that is spectacularly thin and can come in various colors. This impressive computer offers powerful performance with a striking side profile that practically disappears, while the 24-inch 4.5K Retina display delivers brilliant color for any...